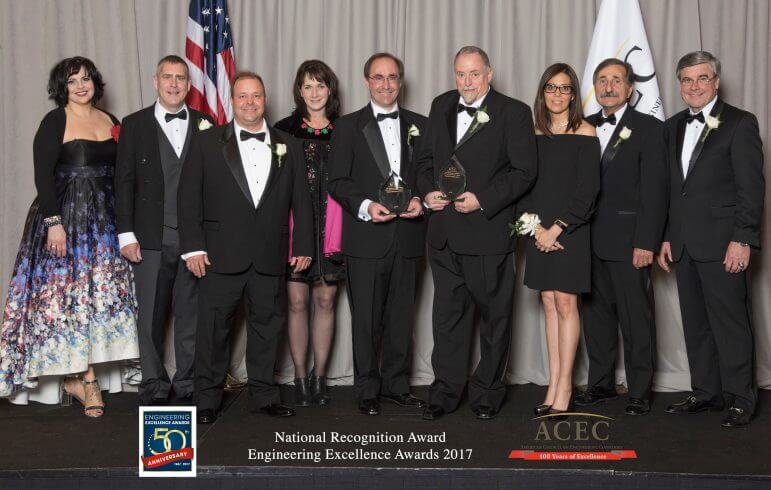 LimnoTech was a project team member for a project that was recently recognized by the American Council of Engineering Companies (ACEC). The project, Gerald R. Ford International Airport Drainage Improvements, received an ACEC 2017 National Recognition Award. The award was presented at the 2017 Engineering Excellence Awards event, which brought together more than 700 members, guests, and dignitaries in Washington, DC, to recognize outstanding engineering achievements and commemorate the program’s 50th anniversary. The event showcased 162 projects from across the country and around the world. The Gerald R. Ford International Airport Drainage Improvements project was a multi-year effort providing multiple tasks for development and implementation of the airport’s long-term stormwater/deicing management and treatment system.