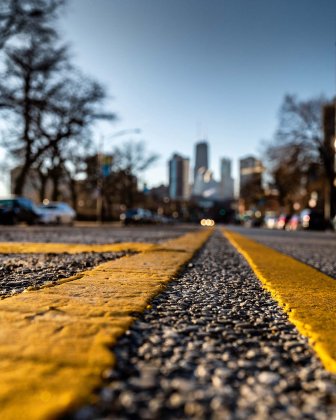 Should Municipalities Worry About PFAS?

With all of the challenges our municipal clients face, most haven’t needed to focus much attention on the PFAS problem yet. However, a question we should all be asking is, “Will PFAS be the next big challenge for municipalities?”

Municipalities must cost-effectively serve their communities’ water supply and wastewater needs, while minimizing impacts on watersheds, waterways, and ecosystems. Municipal agencies are also responsible for supporting the transportation needs of their citizens, protecting the public’s safety, and planning the future of their communities. With all of the challenges our municipal clients face, most haven’t needed to focus much attention on the PFAS problem yet. However, a question we should all be asking is, “Will PFAS be the next big challenge for municipalities?” Up to this point, certain groups of past users of PFAS-containing products have received most of the regulatory and press attention over the last few years. We’ve all seen the stories about plating and other industries, airports, and landfills being investigated for past releases of PFAS to the environment. But what does this mean for municipalities? Are PFAS a significant environmental concern in terms of municipal operations and responsibilities? This article summarizes the areas where PFAS may be a potential issue and area of concern for a municipality.

The most obvious sources of PFAS concern for municipalities are the aforementioned airports and landfills. Municipally owned airports are already subject to regulatory scrutiny in Michigan, as are some municipal landfills. We’re now seeing this elsewhere in the country. In March 2019 the California State Water Resources Control Board sent orders to nearly 30 civilian airports and almost 200 landfills requiring them to prepare work plans to investigate potential PFAS release and then, upon approval of those work plans, submit final reports within 90 days (1). 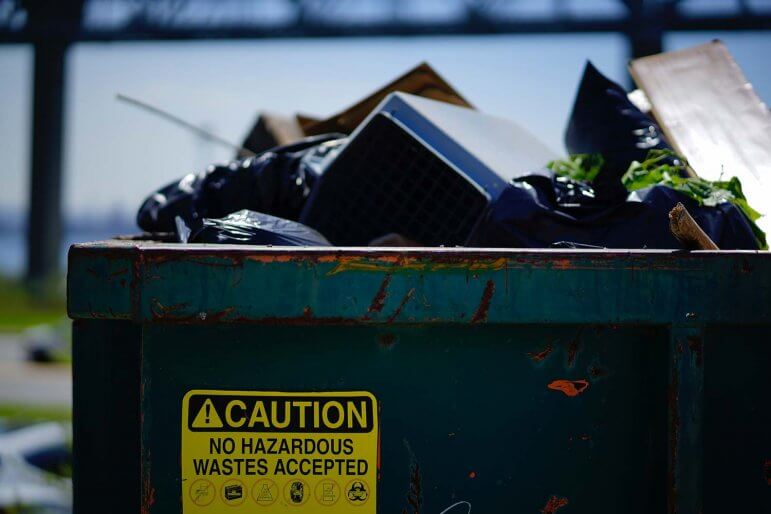 Trash that ends up at municipal landfills may be a source of PFAS.

Landfills are PFAS sources because of the waste materials disposed in them over the years, such as furniture treated with Scotchgard, which is known to historically have contained PFAS. PFAS can leach from these waste materials, then drain to leachate collection systems that might be discharged to the local wastewater treatment plant. At older, unlined landfills and “town dumps,” this leachate may seep directly into the ground, posing a potential threat to groundwater. On one project we’re currently working on, the State is investigating a potential PFAS release from a closed, unlined landfill immediately adjacent to a municipal airport.

Landfills are PFAS sources because of the waste materials disposed in them over the years, such as furniture treated with Scotchgard, which is known to historically have contained PFAS.

The State found PFAS in shallow groundwater around the landfill, verifying the landfill as a source even though it hasn’t been in use since 1975. Other municipal operations in addition to airports and landfills can be affected by PFAS, and they are discussed below.

The link between PFAS and airports is the Class B aqueous film-forming foam (AFFF) used for decades to fight high-hazard fires like aircraft and petroleum fires. However, Class B AFFF hasn’t only been used by airport firefighters. The Michigan State Fire Marshall’s office recently surveyed 1,035 local fire departments in the State and, as of March 2018, 762 had responded. Of those responding departments, 326 (43%) reported having a stock of Class B AFFF on hand ― this is nearly half of the fire stations that completed the survey. 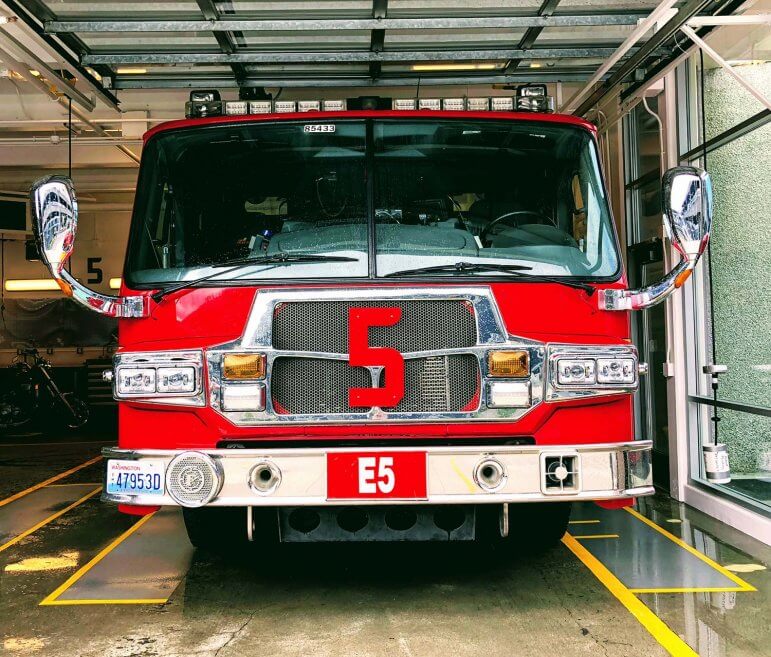 Class B AFFF hasn’t only been used by airport firefighters. It is also used by local fire departments.

In some cases, it appears that PFAS releases have occurred at the fire stations themselves, not just at fire locations where foam has been used. In October 2018 the discovery of relatively high concentrations of PFAS were reported at the Robinson Township Fire Department near Grand Haven, Michigan. And in more recent news, a fire department in Stratham, New Hampshire has been identified as the possible source of PFAS impacts to local groundwater.

Municipal wastewater treatment plants (WWTPs) are not known to have historically used materials containing significant quantities of PFAS. However, many WWTPs receive wastewater from local industries via their Industrial Pretreatment Program (IPP). Some of those IPP permit holders, such as chrome plating operations, may have used PFAS-containing materials. Because PFAS are resistant to degradation and conventional treatment, they could have passed through most industrial pretreatment systems and made their way to the local WWTP, where they would be just as resistant to degradation and treatment, and then released to local receiving water via the WWTP’s discharge.

Municipal WWTPs are not known to have historically used materials containing significant quantities of PFAS.

Similarly, WWTPs receiving landfill leachate could have unknowingly received PFAS. The presence of PFAS in some types of industrial wastewater and in landfill leachate was not known until relatively recently, so the process of WWTPs receiving and passing through PFAS could have been occurring for many years. The State of Michigan has required all municipal wastewater utilities with an IPP to identify potential industrial users that may be potential sources of PFAS, collect data on PFAS in their discharges, report the findings to the State, and develop plans to reduce the concentration of two PFAS compounds, PFOS and PFOA, in their effluent to meet State water quality standards. 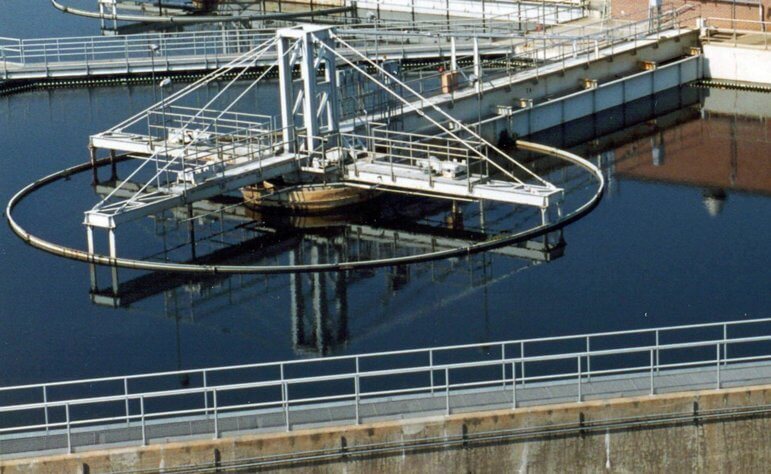 The presence of PFAS in some types of industrial wastewater and in landfill leachate was not known until relatively recently. The process of WWTPs receiving and passing through PFAS could have been occurring for many years.

Dealing with PFAS from incoming industrial wastewater is only one of the PFAS challenges WWTPs face. Researchers have found that not all PFAS pass through conventional wastewater treatment systems. Instead, some of the incoming PFAS mass can accumulate in biosolids (3,4). The risk here is the potential for PFAS to leach out of the biosolids when they are land-applied and either percolate into underlying aquifers, wash off into nearby surface waterways, or be taken up by crops. There are currently no standards for acceptable levels of PFAS in biosolids, and most states, if they are doing anything to respond to PFAS in biosolids, are taking a measured approach. In Michigan, for example, since October 2018, the State has been collecting data to inform next steps and is currently in the process of analyzing the data. Results are not yet available from this study. Maine has a similar biosolids sampling program underway.

One final way that PFAS can become a concern for municipalities is by impacting their water supplies. Because human exposure to and risk from PFAS are primarily through ingestion of the chemicals in food and drinking water, this concern is significant and, for affected communities, can come with significant cost. After comprehensively testing public water supplies in the State in 2018, Michigan found several supplies with detectable concentrations of PFAS, but only one municipal supply that had concentrations of PFOA and PFOS above the EPA health advisory levels (HALs) of 70 ppt.

PFAS can become a concern for municipalities by impacting water supplies.

The City of Parchment, in western Michigan, had concentrations more than 20 times higher than the HAL. In response, the State declared a state of emergency. The municipal wells were eventually shut down, and the City of Parchment’s water distribution system was connected to the nearby City of Kalamazoo’s water supply. A recent estimate of the cost of making this connection exceeded $10 million. In Ann Arbor, where LimnoTech’s headquarters is located, the City is investing in new activated carbon treatment to remove PFAS from raw water taken from the nearby Huron River. Adding new filters is reportedly costing the City approximately $1 million, but this does not include future operating costs for buying replacement carbon and disposing of spent carbon from the filters.

Although most of our municipal clients around the country have not yet had to deal with PFAS issues, we recommend a proactive approach for them, starting with an initial PFAS risk evaluation. This initial risk evaluation is intended to provide municipal decision-makers with some idea of where their PFAS risks lie, as well as give them recommendations for next steps to inform proactive planning for PFAS response.

If you have questions about PFAS, please don’t hesitate to contact me at sbell@limno.com. I would be happy to discuss your PFAS-related needs.

This article is the sixth in a series of articles authored by LimnoTech staff on PFAS-related issues. Follow us on LinkedIn or Twitter (@LimnoTech) and check the News and Media page on our website for more information and updates. Links to the other PFAS articles in this series are provided below:

Aviation and PFAS – What’s the Connection?

PFAS – The Next Wastewater Utility Challenge?

Scott Bell, PE, is a senior environmental engineer and Vice President at LimnoTech, where he has worked since 1992. In addition to managing staff and projects, Scott has technical expertise in subsurface investigation, environmental remediation and restoration, and engineering feasibility studies. He currently leads LimnoTech’s PFAS response efforts and is supporting industrial, legal, business and civilian aviation clients across the country with their PFAS-related problems.